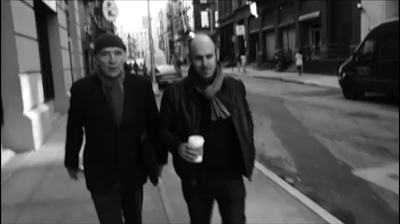 Stephen Zacks has been awarded a Creative Capital| Warhol Foundation Arts Writers Grant for his forthcoming book, A Beautiful Ruin: The Generation that Transformed New York, 1967-1985.

The Creative Capital | Warhol Foundation Arts Writers Grant supports writers whose work addresses contemporary visual art through project-based grants issued directly to individual authors. The first program of its kind, it was founded in recognition of both the financially precarious situation of arts writers and their indispensable contribution to a vital artistic culture. The Arts Writers Grant Program issues awards for articles, blogs, books, new and alternative media, and short-form writing projects and aims to support the broad spectrum of writing on contemporary visual art, from general-audience criticism to academic scholarship.

Through all its grants, regardless of topic or project type, the Arts Writers Grant Program aims to honor and encourage writing about art that is rigorous, passionate, eloquent, and precise; in which a keen engagement with the present is infused with an appreciation of the historical; that is neither afraid to take a stand nor content to deliver authoritative pronouncements, but serves rather to pose questions and generate new possibilities for thinking about, seeing, and making art; that is sensitive to both the importance and difficulty of situating aesthetic objects within their broader social and political contexts; that does not dilute or sidestep complex ideas but renders accessible their meaning and value; that creatively challenges the limits of existing conventions, without valorizing novelty as an end in itself.


This project has also been supported by NY State Council on the Arts, Graham Foundation for the Advancement of the Fine Arts, and the MacDowell Colony. It is tentatively planned for publication in 2013 by Inventory Books/ Princeton Architectural Press.