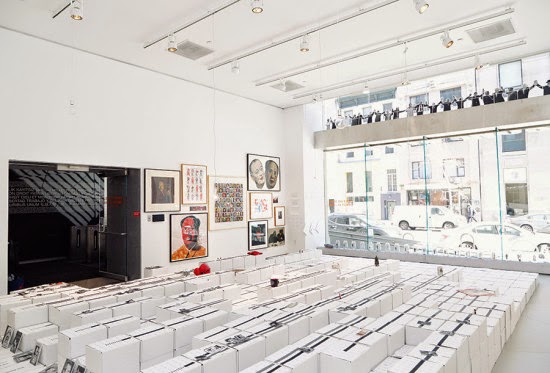 "It constructs a public display about dictatorship that is itself an open public debate. The opening night panel discussion with Bobby Ghosh, a CNN Global Affairs analyst, exposed that debate to public scrutiny. Its exhibits are all paper monuments created samizdat style, in the manner of the Soviet dissidents of old, who secretly distributed photocopies of books and political pamphlets as handmade productions that were no less important because of their improvised character. Both the exhibition and the hardcover journal, available as an online journal, with informative chapters such as 'Dicks and their Love of Sports' and 'Dicks and their Music,' repudiates abuse of power by making it the subject of debate, play, and mockery. Nothing is as worthy of ridicule as the exercise of dickpower."