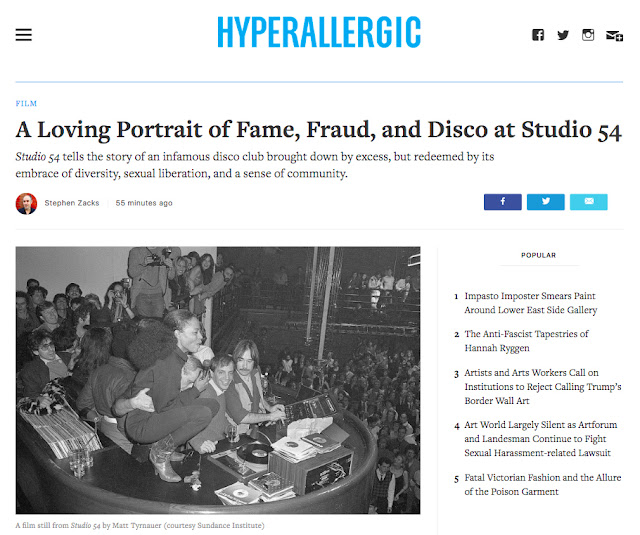 A Loving Portrait of Fame, Fraud, and Disco at Studio 54: Studio 54 tells the story of an infamous disco club brought down by excess, but redeemed by its embrace of diversity, sexual liberation, and a sense of community.
Hyperallergic, Feb. 7, 2018

Directed by Matt Tyrnauer, a Vanity Fair correspondent who previously directed a film on the Italian fashion designer Valentino, Studio 54 finds a compelling and sympathetic witness in co-founder Schrager, who later became a boutique hotelier. Schrager’s memories of his friendship with Rubell, and the lost community they nourished, lends the film unexpected heart. After all, this is the club that supposedly invented the velvet rope to turn away the unshaven masses and the nylon-wearing “bridge-and-tunnel” crowd.