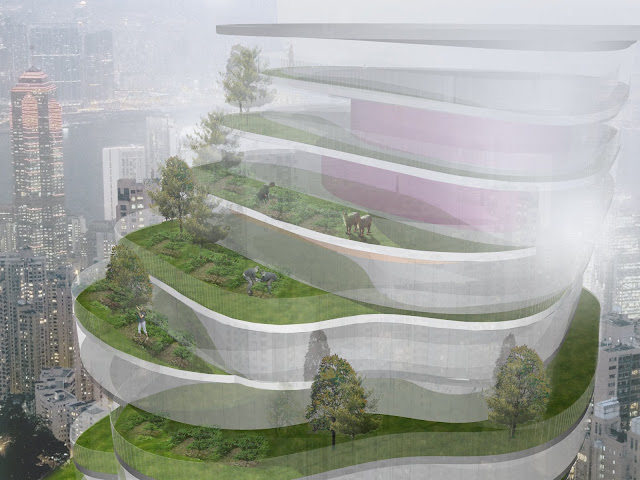 Since the start of the pandemic in the United States, the NGO  has been organizing a weekly video-conference discussion, dreaming of a different future. Our board members at the time were all based in New York City, living in quarantine, witnessing the daily failure of institutions meant to provide social support, offer a stable system of governance, protect the public interest, and manage crises. The pandemic accelerated and rendered even more transparent the failures we already knew to be absolutely systemic.

The then-president was a widely known fraud, a businessman and real estate developer who had long revealed the inherent dysfunction of public-private investment as a central means of producing social goods through his epic exploitation of tax incentives, using them to skim extraordinary amounts of money from the system for personal profit. We felt especially powerless as we listened to the screams of ambulances outside, as the bodies piled up in morgues and refrigerated trucks lined up outside of hospitals. 100,000 souls lost. 200,000. 300,000. 400,000. 500,000. The numbers abstracted experiences of terrible suffering, the elderly dying intubated on ventilators, alone and isolated from loved ones, infected with the virus due to poorly managed elderly care facilities. It was a tragedy due to failure of public policy.

Originally, Amplifier had been founded based on the theory that what we call “cultural capital” is misallocated in cosmopolitan centers like New York City and Los Angeles. If “cultural communities” naturally occur where cultural producers live and work, and if these communities have the effect of raising real estate values, leading to preservation of deteriorating buildings as well as rising cost of living for previous inhabitants, could you not produce projects that reorient cultural production toward places that are radically disinvested, lack resources, and are largely abandoned by the government, especially Black communities like Flint and Detroit?

We started this initiative in 2010, organizing the first pilot projects in 2011, founding Flint Public Art Project in 2012. We launched public art festivals in vacant industrial brownfields to reimagine them as public spaces, helping to establish a landscaped public park on the grounds of a mile-long former Chevrolet factory. We renovated an abandoned house as a residency for visiting artists to produce creative work throughout the city, attracting cultural producers and activity to a historic district in which the city’s heritage was being lost to decay, arson, and abandonment. The model worked. But where was the government? Where were the institutions that were supposed to prevent this collapse in the first place?

We wanted to dream of another future. Architects sometimes describe themselves as “world-builders” in that they literally design the world we inhabit. We started to employ the language of world-building on a planetary scale. We wanted to imagine a system in which a world-governing body—or bodies—would manage natural resources adequately and ensure the distribution of the goods and services that everyone has the right to—such as shelter, food and water, and health care. It would protect biodiversity, regulate industries to prevent climate collapse, and prepare for the potential displacement of hundreds of millions of people due to loss of arable land, rising temperatures, and the inability of people to survive in their native habitats.

In the 250 years since our institutions were formed, in the case of in the U.S. and Western Europe, what new principles, assumptions we take for granted, scientific knowledge, social research, cultural worldviews, technologies, and logistics capacities could be instrumental in conceiving another way of organizing ourselves? In some way, this discussion with Efe Ogbeide of FEMMA Planning suggests that a country like Finland already offers a model of another way of living, in which basic forms of social support are sustained by a functional government, and people are not left to the whims of profit-making and private capital.

In Amplifier’s framing of world-building, the work Ogbeide is doing to engage citizens integrally in planning through participant observation and personal discussions is precisely the process we imagine can lead to better outcomes. How can larger institutions like cities, states, and world-governing bodies better understand and gather information about hyper-local concerns, desires, ways of living, belief systems? How can we make use of that information to ensure that local resources are managed adequately and global regulations facilitate the greatest happiness, well-being, and sustainability for all creatures, both within the local ecosystem and on a planetary scale?

Image: Architect Nea Tuominen resided in NYC as an architect-in-residence in 2018. Tuominen received a special mention in a competition seeking an inspirational urban arcology concept, which sets in contemporary high-rise design in Hong Kong.