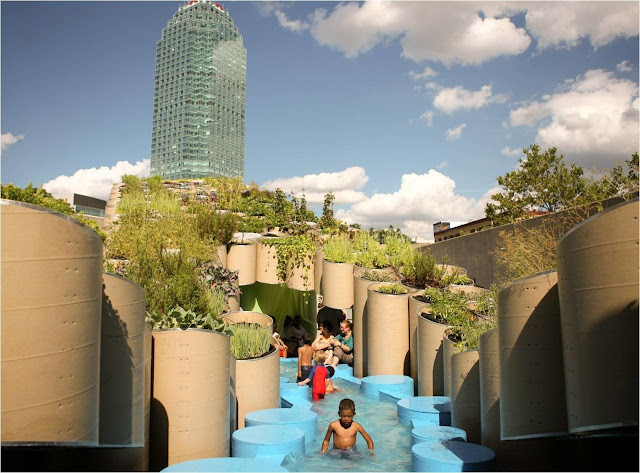 If SHoP’s origins as a young firm are hard to remember, it’s even more difficult to retrieve the imperative that once made PS1 so improbable and ingenious a proposition in the first place—and the Young Architects Program an innocent delight—when its enterprising founder Alanna Heiss somehow convinced the Queens borough president to hand over a closed-down public school to a group of misfits from the SoHo/ Tribeca alternative space scene who proceeded to saw through floors as sculptures.

Notably, one of the names that appears as a funder in the first decade of YAP, along with Bloomberg, Agnes Gund, and Isaac Liberman, is none other than real-estate-reality-show-specter-turned-president Donald J. Trump. How a contemporary art center can meaningfully respond to the current situation, if at all, could be a starting point for the continuation of the program or its eventual cancellation, but the Young Architects Program unquestionably pioneered a model of temporary urban pavilion imitated worldwide, activating public spaces that without major capital improvements or altering their historic character remained inhospitable and inflexible for contemporary needs.