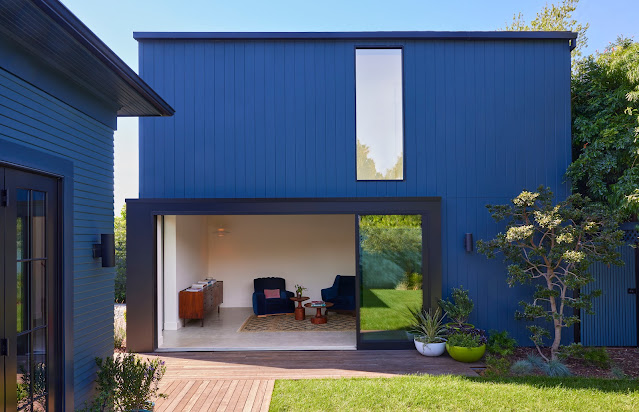 David Thompson, a founding principal of Assembledge+, had recently participated in a Los Angeles Magazine project to imagine solutions for those who lack housing in the city. Their notion was for public agencies to subsidize building ADUs in backyards along alleyways, dovetailing with existing alley revitalization initiatives.

That concept, titled Rear Projections, became a jumping-off point for other types of ADUs, and it ultimately informed the design of the Vernetti’s Hancock Park project, which replaced a detached backyard garage and extended the rear of the old house to create a new main bedroom, with French doors that lead out to a new deck.